Posted by Ryder Collins at 9:22 PM No comments:

I'm so excited I might pee. I'm guest-blogging this summer at xTx's blog: http://www.notimetosayit.com/. She's a writer and far naughtier and published than me. So YAY!

The theme: Zombie Summer. So I took zombies and mashed them with the PARIAH all in the form of a - yes, if you've been following me you would know what I have a fetish for, sonnet. I keep returning to those fourteen lines; I keep licking their heels because I once saw the reflection of a coochie or a cock in a shiny sonnet...

i saw my difference and it was ababcdcdefefgg.

i am so mature.

looking for love & it started raining bullets,
Ry
Posted by Ryder Collins at 9:09 PM No comments:

Sam Pink, I will be your girlfriend

I thought about starting this out like that William Carlos Williams poem. You know. About the plums and the cool refreshing stuff and the stealing but then I thought how about if we find some of Williams' DNA and we clone him and we feed his clone plums until the self-complacent wheelbarrow fucker chokes on that cool refreshing shit.

This is just, what I mean, I will be your girlfriend. If you're still looking.

& if you're a conglomerate: if the call's still out or whatever.

Even if you are a conglomerate of writers, I will be your girlfriend. I will date a different Sam Pink every night of the week; the week'll begin on Saturday cause I heard Saturday's traditionally date night. I don't really know, though. I've been locked in a beer cave for the last ten years of my life. I was just let out by some frat boys who were looking for Natty Light. 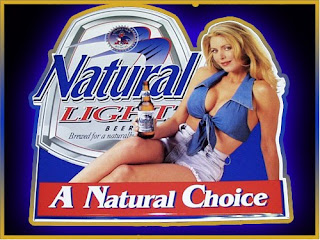 Sam Pink 2 & I'll date on Sunday. We'll taunt churchgoers by riding our horses up through the aisle and to the altar and we'll pretend our horses are both Mr. Ed and we'll throw our voices and neigh for some communion wine, Wilbur.

On Monday, I'll lock Pink 3 in the closet.

On Wednesday, Pink 3 will escape and it'll be a little menage.

Pink 6 & I'll settle into some kind of routine. He'll relinquish hopes I'll ever look like the Natty Light girl, and I'll cut his toenails. He'll vacuum the clippings while we watch Thursday primetime. Must watch NBC or SUV or some shit. I'll get up to go to the loo and come back with jello in my bra. I'm trying to look like the Natty Light girl and give new meaning to domestic happiness at the same time. It's so fucking ironic we'll go out for sushi and snort wasabi off some naked girl. The wasabi'll burn our brains like coke; we'll go looking for that feeling forever and ever. We definitely won't go home. The vacuum'll be so lonely it'll kill itself by vacuuming everything out of existence. That vacuum'll make dark matter look like a pussy and it will be all our fault. We would chortle obnoxiously but we've already hemorrhaged from too much wasabi sex.

Friday we'll go bowling and hope no one kills Pink 7.

So think about it, Sam Pink. Or Sam Pinks. All this I gots to offer.

This is just, Part 2:
Even if you already found a girlfriend through the shout-out on your blog, I also wanted you to know I got a story coming out on Cricket Online Review that mentions you. The "asswipe" joke has nothing to do with you. It does have something to do with chess and mini-grenades and how I always go too far, I think.

What's a blog gotta do

Sometimes I imagine you panting under a hot Alabamas sun; the sky is always blue here and it IS always summer. You're rolling in the dirt because you need a bath or you have fleas or you smell like a smaller dog's saliva or you're an asshole or you're incorrigible or just because.

But that's not now and that's almost post-apocalyptic and not want I want to talk about.

I want to tell a story. I want to talk about me. And why I should be famous. Or why my neighbors should at least know my name. Why store clerks should be nice to me. Why truckers should always sound their horns when I make that horn pull gesture. Why rest stops should be named after me. Why I should receive surprise gifts of good bourbon on my doorstep. Why there should be a Lifetime movie about me or at least someone close to me, someone I've touched, or someone who's been in some kind of proximity to me once. Why kids should be given donuts with some kind of semblance of my face in sprinkles, in jimmies even, every now and then. Just for the hell of it.

When I was a wee child, the Easter bunny and Santa and the clowns and any other adult dressed up in some weird costume at some weird thing Xtian adults or just adults thought children would like always talked to me. They would seek me out in the crowd; as a child, I was always singled out. It got to be so bad every time the actors left the stage I would hyperventilate, even if I knew it was just for postmodernism's sake. I'm still the one interrupting the Globe's performances. I'm the one they have paramedics on hand for. I left a part of me there with Falstaff, in London. He and I are locked in some eternal battle.

So, I should either be famous or paranoid...

As I got older, people still didn't leave me alone. All I wanted was to be left alone, but those fucking people knew it and just wouldn't. Junior high, yeah, boys would bother me. Grade school, even. We played "boys chase girls" and I was so wild. I never wanted to be caught.

It didn't last cause I got older and wiser and less idealistic and less naive perhaps. Maybe lazier, too. But today, I was in the parking lot of the Winn-Dixie in the Alabamas and a woman had to stop her cell phone convo to tell me she loved my outfit.

That made me feel good.

Of course, none of this has to do with you bloggy. Or your raison-d'etre, writing or the South or conformity...Plus, it's not even sexy. The closest it got to be sexy was when the boys were chasing me.

C’mon boys, where you at?

And check check check this out, too: http://www.decompmagazine.com/asteampunkguidetotheapocalypse.htm

Ry
Posted by Ryder Collins at 9:32 PM No comments: