here is a re-cap from my annual sojourn to the kentuckyz aught-ten:

That's my tough talkz; I am in the Kentuckyz; I'm reading about a quilt. Businessmen in the Kentuckyz love the high knee boots. Believe it. They're not like the Alabamaz businezmen who like the sorority girls in their little heels and their prom dresses and the promise of pom-pomz and pigtails later.


this year the hot lesbian did not look mama up & down like she was gonna eat her up.


this year a hot bald guy tried to flirt w/ mama & mama, lacking the social skills & the drink at that time, just didn't get it...


this year mama was stopped often & told she had a great sense of style. she was also told she looked eurotrash. maybe that's a compliment for hipsters but in miltown where mama's from them's fighting words, yo. bitch is lucky she didn't get a pbr upside the head. for reals.

the last night in ky, this year, mama went to a chi-chi bar by herself cos mama was looking all eurotrashy & she sat at the bar & ate chi-chi potato gnocchi & drank a manhattan & read Jean Rhys Good Morning, Midnight & it was yar... 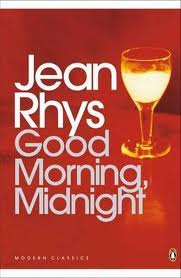 after mama ate & drank & read, she walked around the chi-chi restaurant's hotel's museum & she fell in love with the juxtaposition of the drunken wedding receptions & the solitude & she took pictures of the pictures & giggled to herself & thought about crashing a reception but they looked boring fratboyesque & so she left & walked down Main St (i fucking kid you not) & stumbled upon the ky gay pride parade & tried to catch beads.


it was more than yar.


mama ended her last night in ky in a dive bar on bardstown with a double of maker's, no mardi gras beads, a crush on a 70 year old photographer, & three magnums in her underwire bra... cos that's where she keeps her integrities, yo...
yours,
ryder
Posted by Ryder Collins at 4:22 PM No comments:

This is what mama's working on, yo...

The Hater’s Winter
The hater hated winter.
The hater hated a lot of things, of course, but winter was especially bad.
It wasn’t because of the cold and the isolation and the boogers freezing and then cutting the inside of delicate nostrils or the sun sparkling off frozen white crystallized sheets of snow that scrunched crunched under heavy booted but still cold feet. It was that, yes, and then it was one of her exes.
The hater had a lot of exes. That’s goes without saying, yo.
The hater wouldn’t have cared so much if she could just get away from her exes, but the more an ex hated her the closer he lived to her.
This one was a couple houses down now. On the same side of the street even.
It was part of a curse or something and something she meant to ask the ghost who lived in her bathroom about. But she was always pissing the ghost who lived in her bathroom off by singing indie pop in the shower.
The ghost especially hated her Beach House covers, but she just couldn’t stop.
This one’d gotten a boner every time it snowed. This one’d gotten a boner all the time but this one would get even more of a boner when it snowed and this one would grab the hater’s hand and pull her off the warm couch where they were cuddling and watching some crap movie this one owned while making out and trying to be discreet because this one had a three year old son who didn’t know any better about men and women except that his mommy and daddy no longer lived together and the hater was not the cause of that.
This one would say, Snoooooowwww. And it would be so long and so drawn out it was like a coming moan. It was more of a coming moan than any moan this one’d let out when they had sex. & this one would pull the hater up and pull her out the door and leave the three year old behind. Then this one and the hater would be in his car – a datsun or some shit – and he would be peeling out of his driveway and he wouldn’t be looking and he would be kinda moaning and trying to light a cigarette all at the same time and the hater would be all like what am I doing here, but she wouldn’t articulate this because the hater always wanted to see what kind of shit she could get herself into in a small way and how she could get herself out of it and how little energy she could get away with exuding to get her ass out of whatever small but poignant or dramatic or fucked up situation she was in in her small way.
If the hater could just sit and never say anything, she thought she’d be okay.
This one had a small one but it was thick and that was all right, but it was no Turk, yo. This one drove like he had a big one or more like he was making up for not and that was so cliché and so were the doughnuts he’d be spinning in the snow except that he was 35 not 15 and the hater was 30 and her youth was wasting wasting. Her youth was gone. She’d spent it in coffee spoons and goth makeup and sexual tensions she’d never acted upon and hot crayon wax and fake alcohol drinks and peach schnapps and a couple of softball teams and a guy who called all summer long when she was thirteen and asked if she knew anything about cross dressing and he’d scared her but she kept on picking up that phone because she didn’t know how to leave anything alone.
This one would be spinning spinning the car and it would be snowing and the hater would be like, are you for real, but she wouldn’t say it out loud.
All around them it would be that soft dark that only happens when it snows and it could’ve been über-romantic with the almost pastel sky and their breaths visible and so close in the car’s closeness and their hands seeking warmth.
Posted by Ryder Collins at 3:13 PM No comments:

that's right ------------- mama made it past the Mason Dixon line. suckas! she's walking the riverwest streets in sunlight with her cujodog & waiting for the mayhems.

mama's waiting for the mayhems like Homegirl! in a mexican standoff & then there's a gunshot & Homegirl's runningrunning & blood purring pouring a la Thomas Hardy pooling in the shape of a heart...

mama's waiting for the trucker to convoy through the blockade past the sheriff, up the sidewalk, & straight into her arms...

yours,
ryder
Posted by Ryder Collins at 3:04 PM 1 comment: