I will try to make this one cleaner...

I am still celebrating in my head.

There is a fancy dinner party and I am wearing my dress to the fancy party and there is no booming bass and no mentholatum. Only adults talking Kierkegaard and Heidegger and Kant and every now and then someone uses Said to critique the sushi served on the naked Vietnamese girl...

In case you didn't catch my last post, mama's been drinking champagne for a week straight. It's Cook's, but hell, mama's urine is still so sweet now, and the world wavers and the world bubbles. When peeps talk at mama, she sees those cartoon bubbly things encasing their words. When cars honk at mama for dancing in the street, mama throws champagne bottles at them.

Mama's novel, Homegirl!, is gonna be published by Honest Publishing.

If you want to check out bits of Homegirl!, there are links under I get around. Click on them, or don't. Just enjoy your Sunday funday and have a mimosa and/or fall for someone for mama...

Yours,
Ryder
Posted by Ryder Collins at 1:42 PM 1 comment:

Homegirl! has found a home with these good blokes.

Soon all you truckers and punkboys and ex-Marines and jaded tycoons and casualties and cafe sluts and homegirly homegirls can get a copy for your owns.

i am so excited i've forgotten all about being stuck in the alabamaz...

your homegirl,
ryder
Posted by Ryder Collins at 11:19 AM 2 comments:

mama'll teach you how to be happy

i'm feeling fablish again. mama must've given all her twigs away & sniffed all her no-doz ups.

& you thought mama was gonna say bukowski was all huff henry. & not marquis de, dummy, but this sade. this sade is bukowski's ghost & this reminds mama of when she was living in AZ with a methhead and an artist and a bisexual seaman & this is not a joke...

no, she was living with the ex-boyfriend of the bisexual seaman; mama had a crush on the bi seaman.

is there any difference? really? except words?

just like all those people that try to define art. hmm. yep yep.

art is my truck stop where the baby asks questions like what's up, trucker, & where's my egg sandwich? where the cashier's drunk on red bulls & vodkas & she's got squiggles of coke coming out her nose but she ain't high on it cos life's a motherfucking balancing act & she hit the redbull/vodka combo a little too hard & even the baby notices but the trucker's thinking maybe he can hit that when mama's not looking & mama's woodsman outside in the parking lot alone. 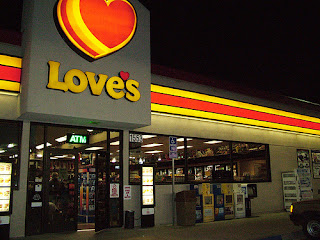 he has burned the twigs & given away the heart.

he has to return to the queen empty-handed this time.

he is thinking about rogozoving his own heart out...

the ghosts are flying in & out of the truck stop beer cave. bukowski's all silken as sade & henry chinaski always wants a piece. always. even when he's shitting. even when he's sleeping. right now he's floating floating and trying for palpable. she flies in between his legs & through. she sings something as she swoops around & her hair is long & she is beautiful and then she's gone. in the beery vapours. gone.

p.s. thanks to Anna Nimh, aka Tina Hyland, for teaching me something about appendixes & surgeonal fortitude today (aka rogozov)...
Posted by Ryder Collins at 10:57 PM No comments:

underground man is a hardcore hater.

They was all hangin round the big pimping baller, Zverkov, cos Zverkov done bought the Courvoisier. Three bottles for reals. Zverkov was all rah-rah while he poured one for his homies & tot dissed me. I mean, bougie buster didn't ask me to partake, of course. The marks sat round him and ate his floss up. "Word? Word?" I wondered. They conversated about the East Coast, the honies and the shorties, a straight-up hustler called Podkharzhevsky and fronted like they knew hims, of how the Princess D was butta & how they was all tights with her, too, then they started on how Tupac ain't dead...I started to wig cos I was buzzing & on my way to getting krunked. I was on my grind to get their attention but the busters didn't pay me no mind. They wanted me to bounce so I kept marching back and forths. "Peace out, busters. I march for myself, yo." I was tripping from the turning; sometimes I thought I was straight up bugging. I felt throwed, for reals. I was stabbed to the heart by the thought that ten years, twenty years, forty years later would pass, and that forty years later I would remember how that night I played myself.

mama's starting the writings of her new novel. mama's new novel's about hate and death; just like Homegirl! was about love & sex. 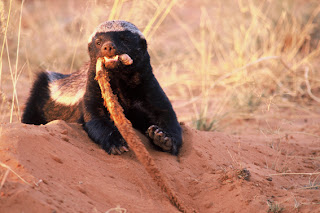 for realsies,
ryder
Posted by Ryder Collins at 8:13 PM 4 comments:

mama's in an anthology and this is the press and here is the direct link to their store  where you can buy the anthology, Bad Romance, & make mama happier than men in hair shirts ever could. 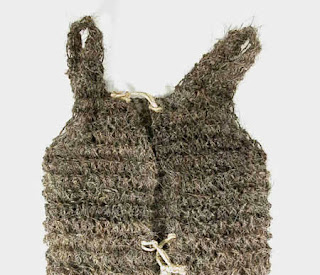 that is a hair shirt sans man.

yours in the freaky,
ryder
Posted by Ryder Collins at 7:17 PM 2 comments: